To share your memory on the wall of Steven Bisnett, sign in using one of the following options:

Bandit was born on April 21, 1951 in Gouverneur, the son of the late Stowell and Ida (Pomerville) Bisnett. He was a graduate of Parishville-Hopkinton Central School and proudly served his country in the US Army Reserves.

Steve was an accomplished welder, working for himself as well as Potsdam Welding, Jeffords Steel, and Sabin’s throughout his life. He loved riding his Harley-Davidson, his dogs, and being on the water.

Steve is survived by his children, Nicholas Bisnett of Nicholville; Jessica and Josh Rose of Norwood; Brittany Bisnett and Travis Frank of Potsdam; his grandchildren, Masen, Cooper, Hallie, Myah, and Noah; his sisters, Sherri Bisnett of Liverpool and Donna Tebo of Rochester; his brothers, David and Laura Bisnett of Nicholville; Philip Bisnett of Potsdam; and Jimmy and Liz Bisnett of Cobleskill; his aunts, Mary Dooley and Pat Pomerville, both of Star Lake; his companion, Maryanne White of Norfolk; and many nieces, nephews, and cousins.

There will be no calling hours. A graveside service will be held November 28, 2020 at 1:00 PM in Fairview Cemetery, Parishville.

In lieu of flowers, those wishing may consider memorial contributions in his memory to the Potsdam Humane Society.
Read Less

To send flowers to the family or plant a tree in memory of Steven M. "Bandit" Bisnett, please visit our Heartfelt Sympathies Store.

We encourage you to share your most beloved memories of Steven here, so that the family and other loved ones can always see it. You can upload cherished photographs, or share your favorite stories, and can even comment on those shared by others.

Posted Nov 21, 2020 at 11:16am
Sherri & families,
Our thoughts & prayers go out to all of you at this very difficult time. May he rest in piece & ride free. Thinking of you. The Peabody family. Lloyd, Debbie & Chel
Comment Share
Share via:
F

Posted Nov 20, 2020 at 04:19pm
Steve, I will never forget you and our good times when we were young. Our trips at night to the countryside inn to get a case of beer on your bike. You told me if I dump the bike don’t break the beer bottles. What a balancing act that was when a car was going up behind us. Why your wheels stay on pavement and wind in your hair my friend. Francis Smith
Comment Share
Share via:
ST 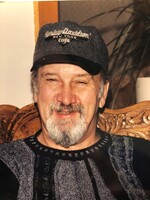 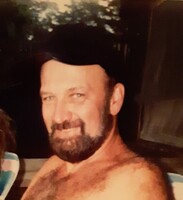 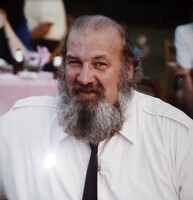 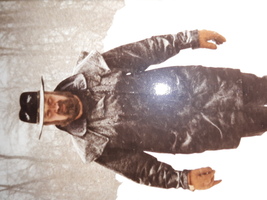