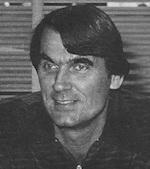 Sherwood Jacob Smith, age 87, of West Stockholm, New York peacefully passed away on February 9, 2021. His wife and best friend of 64 years, Janice Busler Smith, survives him. Sherwood was born in 1933 in Sloan, NY to Caroline Smith, nee Kurtzweg and Christopher Smith. He was their 3rd son. Sherwood’s parents and two brothers, Roland and Gordon, predecease him.

Sherwood was a gifted artist and a practical young man. He was born during the depression and raised with the frugality of the times. In his family, everyone worked. Sherwood told of childhood memories of picking up and selling coal on the railroad tracks. His keen appreciation of architecture, fine art, crafts and nature led him to become an artist. His practical side pursued art education as a way to make a living.

Sherwood graduated from Lake Shore Central, Angola, New York in 1951. He then worked for the FBI in Washington, DC as a Card Coder. This time Sherwood spent in Washington, DC was brief but made an impact on the path his life would take.

Sherwood returned to Buffalo to attend The State University of Buffalo and graduated in 1956, earning a BA in Art Education. He had fallen in love with the North Country while visiting with his college roommate, Robert Plumb, and so he started his teaching career creating the art programs at two small schools in Lafargeville and Redwood, NY, where he met and fell in love with the school dental hygienist, Janice Busler. They married in 1956 and had two daughters, Freilin Smith Stevens & Merilee Smith.

In 1962, the family moved to the Rochester, NY area. Sherwood earned his MFA from RIT and taught at SUNY Geneseo. During this period of study, Sherwood discovered pottery and became a brilliant potter. Sherwood spent decades throwing pots and creating sculptures. One of his better selling items of work were Sherwood’s birds. The birds were hand carved in clay and mounted on old barn wood. As recently as 2020, a long Facebook thread among folks from the Potsdam/Norwood area discussed who had a Sherwood Smith Bird. It was lovely for Sherwood to know that people were still enjoying his work.

In 1964, Sherwood chose to return to the North Country and accepted a position teaching art at Potsdam High School; the family settled in nearby Norwood, NY. He took his students on field trips to places including Ottawa, Ontario. Many of those students had their first visit to an art museum with Mr. Smith at the head of the group. He was passionate and appreciative of art and history, and his enthusiasm was contagious.

Over the years, until his retirement in 1987, Sherwood would teach many students who went on to careers in architecture, theater, graphic design and art education. Decades after his retirement, former students would visit and thank him for inspiring them to pursue lives perhaps unimagined otherwise.

Sherwood had a lifelong love of nature and was devoted to the preservation and conservation of New York State’s lakes, rivers, and precious Adirondacks. A long-time member of the Beham Sportsman’s Club, he looked forward every year to hunting with his older brother Roland, a WWII Air Force pilot and retired TWA Captain. In his 80s, Sherwood was still climbing trees and building tree stands, hunting, and walking in the woods with his camera.

Janice and Sherwood lived for many years in a small house in the woods in West Stockhom. This was where he was the happiest, feeding birds on the deck, reading books and The New York Times. Every morning he made Janice a cup of tea and read her the interesting parts of the paper. He followed politics avidly. As his illness was bearing down on him, he made a choice. On January 20, his doctor wanted him to go to the hospital for tests. Sherwood declined. He wanted to watch the inauguration. Sherwood clearly stated, “I have been waiting 4 years for this day.”

The family is planning a summer celebration of life. In lieu of flowers, Sherwood wished for donations to the Potsdam Humane Society, 17 Madrid Avenue, Potsdam, NY 13676, 315-265-3199.