To share your memory on the wall of Kenneth Daniels, sign in using one of the following options:

Ken was born on October 15, 1926 in Watertown, the son of the late Ra... Read More
POTSDAM – Kenneth E. Daniels, 94, a longtime resident of Bagdad Road, peacefully passed on Friday evening, April 9, 2021 at his home surrounded by his loving family.

Ken was born on October 15, 1926 in Watertown, the son of the late Rayton and Edna (Wilmshurst) Daniels. He was a graduate of Watertown High School and later achieved his Bachelors and Masters of Education Degrees from St. Lawrence University. Ken proudly served his country during World War II in the US Navy, having been the Director of the mess hall while stationed in Guam. After returning from the Navy, he married Elizabeth J. Welch on April 5, 1947 in Watertown. Betty predeceased him on May 6, 2016.

Ken was a lifelong educator, starting his teaching career in 1950 in the Central New York area. In 1961, he became a guidance counselor for Potsdam Central Schools, continuing until 1968 when became a principal. Ken remained a principal until 1981 when he accepted the role of Superintendent of Schools, where he continued until his retirement in 1986. He was a longtime member of the First United Methodist Church, Masonic Lodge, and the Potsdam Lions Club, where he was also a Past District Governor. Ken enjoyed stamp collecting, reading, and during his retirement years enjoyed the precious time he was able to spend with his family, especially his grandchildren.

Ken is survived by his children and their spouses, Brian and Emmie Daniels of St. Petersburg, Florida; Barbara and Edward Basanti of Teaneck, New Jersey; and Alan and Michelle Daniels of Norwood; 12 grandchildren; and 20 great grandchildren.

In addition to his wife and parents, Ken was predeceased by an infant daughter, Christine Susan Daniels.

At his request, all services will be held privately with burial in Bayside Cemetery, Potsdam.

Memorial contributions may be made in his memory to Hospice and Palliative Care of St. Lawrence Valley, 6805 US Highway 11, Potsdam, New York 13676 (www.hospiceslv.org).
Read Less

To send flowers to the family or plant a tree in memory of Kenneth E. Daniels, please visit our Heartfelt Sympathies Store.

We encourage you to share your most beloved memories of Kenneth here, so that the family and other loved ones can always see it. You can upload cherished photographs, or share your favorite stories, and can even comment on those shared by others.

Ed and Liz Eccles/Katie and Josh Aukema and Love the Eckers and your Ocean & Co family sent flowers to the family of Kenneth E. Daniels.
Show you care by sending flowers

Posted Apr 16, 2021 at 05:07pm
My student teaching placement in the fall of 1970 was at Potsdam Central, under my sponsor teacher, Jack Saunders.
Our principal was Ken Daniels. Sometimes the best things that can possibly be are just placed right in your hands.
A year and a half later, I was back at Potsdam, in the old Junior High, full time for the most formative of my teaching years.
My principal, and later, my superintendent, was Ken Daniels.
In 2007, after 36 1/2 years, teaching in 3 school districts under a total of over 30 principals and superintendents, I retired.
Most all of these administrators were strong,concerned,knowledgeable, professional, capable and caring. None were finer than Ken Daniels. None taught me more, guided me more or helped me grow more as a teacher.
I sure hope I paid some of that forward.
My deepest and most sincere condolences to all the family.
Walt Kissam
Comment Share
Share via:
MQ

Posted Apr 15, 2021 at 12:25pm
Ken Daniels is a “pillar person” in my memories of growing up. Whether I was with him as the “towering” principal at PCS, the father of my friend Barb, or the dear friend that he was to my parents, he was always kind, soft spoken, respectful and wise. My thoughts and prayers are with Bryan, Barb and Alan at this time.
Comment Share
Share via:
HW

Posted Apr 13, 2021 at 04:59pm
My condolences to Ken’s family. Ken was my first and best boss. He was honest, patient, smart, a team player, and an excellent listener. He really cared about all of his teachers, students and parents and allowed we teachers to be creative . He was such a good man. God bless you Ken!
Love,
Holly
Comment Share
Share via:
AS

Posted Apr 13, 2021 at 10:51am
My condolences to the children and grandchildren of Ken Daniels. Good memories will be cherished. As a former teacher I will remember him as a dedicated and fair leader at PCS for many years. In Sympathy, Ann Schorge
Comment Share
Share via: 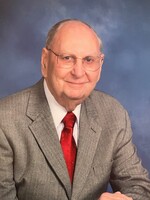