To share your memory on the wall of Tabatha Matthie, sign in using one of the following options:

Tabatha was born on December 8, 1971 in Potsdam, the daughter of Shirley (Remington) and the late Francis W. Murray. She was a graduate of Potsdam High School and attended SUNY Canton for a time. On July 3, 2004, she married Bruce B. Matthie in Hannawa Falls.

Tabatha worked hard throughout her life, working for many years with Wilson Farms/Sugarcreek Stores in various locations and positions within the company including management. She later worked at Clarkson University and most recently was a sales specialist with Ashley Furniture Home Store in Potsdam, where she was continuously awarded top salesperson. She was a member of the Emmanuel Baptist Church in Potsdam and enjoyed shopping, collecting antiques, ATV riding, and gardening.

Tabatha is survived by her husband, Bruce; her children, Samantha Ann Murray of Vermont, Ryan B. Matthie of Montana, and Carrie Ann French of Norwood; her grandchildren, Kaiden, Keegan, and Jordan; her mother, Shirley A. Murray of Brasher Falls; her sisters, Josie Hanley of Dickinson Center; Janet and Gary Griffin of Hannibal, New York; Judy and Steve Deon of Potsdam; Jackie and Mark Knapp of Fulton; Tammy and Ralph Trerise of Massena; and Loretta Murray and Billy Woodward of Potsdam; and many nieces, nephews, and cousins.

She was predeceased by her father, Francis W. Murray in February 2008.

To send flowers to the family or plant a tree in memory of Tabatha Jean Matthie (Murray), please visit our Heartfelt Sympathies Store.

We encourage you to share your most beloved memories of Tabatha here, so that the family and other loved ones can always see it. You can upload cherished photographs, or share your favorite stories, and can even comment on those shared by others.

Uncle Emile, Pam & Phil, Jreck Subs, and other have sent flowers to the family of Tabatha Jean Matthie (Murray).
Show you care by sending flowers

Posted Apr 30, 2021 at 03:47pm
We were shocked to see that Tabatha had passed.
My husband and I met her at Ashley's Furniture when we went to pick up a chair and a few other things.
Tabitha really had an effect on us and we were amazed by her kind , happy go lucky nature!!
We send our sincere condolences to her loved ones and family!!
She was put on this earth to make people's lives much better.
Comment Share
Share via:
PP 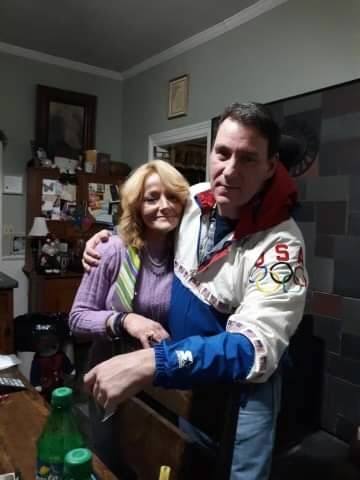 Posted Apr 29, 2021 at 01:36pm
Tabby will never be forgotten! We shared many laughs and tears together growing up. She loved to smile, loved to dance and those big Brown eyes you could never forget! God Bless you on your next jouney, until we meet again in the afterlife. Rest in Peace my dear cousin.
Comment Share
Share via:
UP

Posted Apr 29, 2021 at 12:21pm
Tabby brought many gifts to our lives. She will remain forever in our minds and hearts! Sending thoughts of comfort to you all! With Love and Hugs,

Uncle Emile, Pam & Phil purchased the Dawn of Remembrance Basket and planted a memorial tree for the family of Tabatha Matthie. Send Flowers

Posted Apr 29, 2021 at 11:27am
Condolences to the family our hearts are with you love and hugs the Hazeltons and Roy and sandy weaver
Comment Share
Share via: 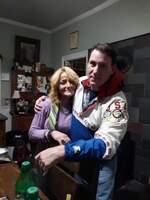