To share your memory on the wall of Eleanor Neagle, sign in using one of the following options:

Print
LOUISVILLE, Ky.--Eleanor Crump Neagle was born January 5, 1922 in Potsdam; she died on March 27, 2021 in Louisville, Ky. She was the daughter of Herbert G. Crump Sr and Madge Storr Crump of Potsdam.

Eleanor graduated from Potsdam Norma... Read More
LOUISVILLE, Ky.--Eleanor Crump Neagle was born January 5, 1922 in Potsdam; she died on March 27, 2021 in Louisville, Ky. She was the daughter of Herbert G. Crump Sr and Madge Storr Crump of Potsdam.

Eleanor graduated from Potsdam Normal School, attended business school in Ogdensburg, and moved to Washington, DC where she worked for the Navy in the Pentagon during World War II. It was there she met her future husband, William D. Neagle, a Staff Sergeant and rifle marksman in the Marine Corp. They married October 3, 1945 in Russell Springs, Ky. Following stays in Buffalo, Ny. and Laurel, Md., the couple settled in Potsdam where Bill worked a dairy farm and Eleanor ran the duplicating department at SUNY Potsdam.

Eleanor is preceded in death by her parents, sister Erminie and brother Herb Jr. She is survived by her children, Stuart [Ruth] of Blue Grass, Ia., and daughter Christie Neagle Hartlage, [Michael] and Cole of Louisville, Ky.; Grandson Damon [Andrea] and great grandchildren, Elizabeth, Catherine and Alexander of Allentown, Pa., granddaughter Wendy Neagle Williams [Andrew] and greats Payton and Sawyer in Blue Grass, Ia. and grandson Jayson [Javaria] and greats Abraham and Aliyah of Chicago.

A private funeral is planned in June with interment in Bayside Cemetery.

Memorial contributions may be made in her memory to Hospice and Palliative Care of St. Lawrence Valley, 6805 US Highway 11, Potsdam, New York 13676 [www.hospiceslv.org].
Read Less

To send flowers to the family or plant a tree in memory of Eleanor Neagle (Crump), please visit our Heartfelt Sympathies Store.

We encourage you to share your most beloved memories of Eleanor here, so that the family and other loved ones can always see it. You can upload cherished photographs, or share your favorite stories, and can even comment on those shared by others.

Posted Apr 27, 2021 at 10:23pm
Rest in peace Eleanor. You told me some about the farm you lived on with your husband. Also about working. You'll be missed. 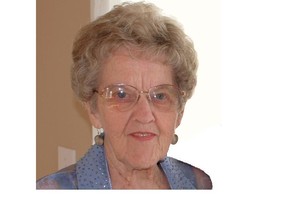 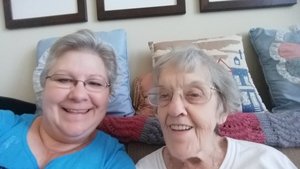