To share your memory on the wall of Guy LaPointe, sign in using one of the following options:

Guy was born on February 22, 1933 in Massena, the son of the late Maurice and Eva (Villemaire) LaPointe. He graduated from Massena High School in 1952 and then joined the US Navy where he was honorably discharged after four years. Guy married Phyllis LaShomb on November 30, 1957 at Sacred Heart Church. Together, they had three sons, Greg, Scott & Andrew. Phyllis predeceased him on December 17, 1980. He later married Eilagene Eagles LaCourse in 1989.

Guy worked as a Police Officer for Massena Police Department for over 30 years, retiring in 1994. He enjoyed riding his bicycle as often as he could and mowing the lawn on his John Deere. In his younger years, Guy enjoyed riding his Honda motorcycle and was an avid NY Yankees fan. Guy was a past member of the AMVETS Post #4 and Massena Elks Lodge #1702.

Guy is survived by his wife, Eilagene; two sons, Gregory and wife Nancy LaPointe, Andrew and wife Mary Lou LaPointe, both of Massena; a daughter-in-law, Jodean LaPointe (Scott) of Georgia; a step daughter, Kris LaCourse Amundson and husband Ray of California; a sister, Nancy LaPointe of Parishville; 13 grandchildren; several great-grandchildren and many nieces and nephews. He was predeceased by a son Scott LaPointe in 2012; a brother, Gerald LaPointe and a sister Lucile Smith.

Guy was a dedicated Red Cross blood donor and had donated several gallons of blood over his lifetime. Contributions may be made to the American Red Cross in Guy’s name.

Friends and family are invited to call on Friday, June 4, 2021 from 2:00 until time of service at 4:00 pm at the Donaldson Funeral Home, Massena. Burial will take place in Calvary Cemetery, Massena at a later date.
Read Less

To send flowers to the family or plant a tree in memory of Guy J. LaPointe, please visit our Heartfelt Sympathies Store.

We encourage you to share your most beloved memories of Guy here, so that the family and other loved ones can always see it. You can upload cherished photographs, or share your favorite stories, and can even comment on those shared by others.

Posted Jun 05, 2021 at 09:05am
It was always fun visiting Dad with Scott. I loved watching him dance at our wedding. I cherish those memories in my heart. He will be missed and may he Rest In Peace with those who have gone before him. Until we meet again...love always Jodean
Comment Share
Share via:
JL

Posted Jun 05, 2021 at 07:53am
Little by little we let go of loss but never of love. Dad will be missed til we meet again. Forever grateful for Gods gift of eternal life.

Jodean LaPointe purchased the The FTD Comfort Planter and planted a memorial tree for the family of Guy LaPointe. Send Flowers

Posted Jun 04, 2021 at 11:09pm
Condolences to Andy, Greg and Guys wife and all who loved him. Guy was my Godfather and in my younger years helped me out more than once. Much respect to an awesome man.
Comment Share
Share via:
RM

Posted Jun 02, 2021 at 11:26am
Eligene and family,
We send our deepest sympathy to you. We know the sorrow you are feeling
losing Guy. He was a wonderful sincere individual. We will greatly miss him and the great chats
we always had over the years. May it comfort you to know he is now at rest.
Heartfelt sympathy, 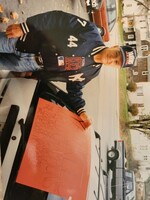 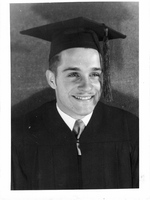 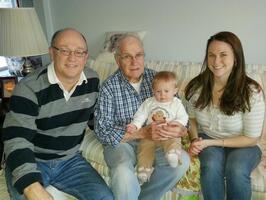