To share your memory on the wall of John Clark, sign in using one of the following options:

CHASE MILLS – John M. Clark, 76, of Dishaw Road, passed away after a period of failing health on Thursday evening, June 10, 2021 at Massena Rehabilitation and Nursing Center.

CHASE MILLS – John M. Clark, 76, of Dishaw Road, passed away after a period of failing health on Thursday evening, June 10, 2021 at Massena Rehabilitation and Nursing Center.

John was born on November 7, 1944 in Potsdam the son of the late Robert and Doris (Martin) Clark. He attended Norwood- Norfolk Central School and later proudly earned his GED while in the US Navy from 1963 – 1967. He re-enlisted in the US Navy in 1980, proudly serving until his medical discharge in 1993. John enjoyed working on old cars and target shooting.

John is survived by his sons, John A. and Ellen Clark of Norfolk and Robert R. Clark of Minneapolis, Minnesota; his grandsons, Paul of Pittsburgh, David and Jason of Massena; his great grandson, Leslie; and his brothers, Thomas Clark of Chase Mills and Randy and May Clark of Brasher.

In addition to his parents, he was predeceased by his wife, Karen Clark on December 31 2011; and several siblings.

At his request, there will be no calling hours or funeral services. Arrangements are under the care and guidance of the Donaldson Funeral Home, Massena, where friends are encouraged to share memories online at www.donaldsonfh.com.
Read Less

To send flowers to the family or plant a tree in memory of John M Clark, please visit our Heartfelt Sympathies Store.

There are no events scheduled. You can still show your support by sending flowers directly to the family, or planting a memorial tree in memory of John M Clark.
Visit the Heartfelt Sympathies Store

We encourage you to share your most beloved memories of John here, so that the family and other loved ones can always see it. You can upload cherished photographs, or share your favorite stories, and can even comment on those shared by others.

Posted Jun 13, 2021 at 09:53am
John & Ellen, Sending healing prayers and comforting hugs to you and your family at this time. John "Sweetpea" & Jai Fiacco
Comment Share
Share via: 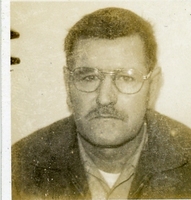