To share your memory on the wall of Brian Jeffery, sign in using one of the following options:

Print
MASSENA -- Brian R. "Limey" Jeffery, 78, of County Route 40, passed away Sunday evening, June 13, 2021 at the home of his daughter and son-in-law, Angela and Corey Snyder in the Town of Brandon.

Brian was born on February 6, 1943 in Hinckley, Leicestershire, England, the son of the late Raymond Burt and Elizabeth (Stubbs) Jeffery. Brian completed his education in England and served in the British military before moving to the United States. After moving to the States, he served in the US Army for a short time.

He worked at Alcoa as a Millwright retiring after over 30 years of service. Brian enjoyed mowing his lawn and watching TV. He also enjoyed being outdoors, fishing, hunting and boating.

In addition to his parents, he was predeceased by his sisters, Mary and Irene and his beloved dog, Muzley.

At his request, there will be no calling hours or services.
Read Less

To send flowers to the family or plant a tree in memory of Brian R. ""Limey"" Jeffery, please visit our Heartfelt Sympathies Store.

There are no events scheduled. You can still show your support by sending flowers directly to the family, or planting a memorial tree in memory of Brian R. ""Limey"" Jeffery.
Visit the Heartfelt Sympathies Store

We encourage you to share your most beloved memories of Brian here, so that the family and other loved ones can always see it. You can upload cherished photographs, or share your favorite stories, and can even comment on those shared by others.

Norman, Jimmy and Family sent flowers to the family of Brian R. ""Limey"" Jeffery.
Show you care by sending flowers

Posted Jun 16, 2021 at 09:47am
I remember Brian as a young man in Shelton. What a devilish smile he had then and one he never lost. Louella, we always appreciated the two of you coming to our wedding in 1983. It was a long trip for a few hours of fun. We haven't seen you in many years but I've never forgotten those times in CT. Love, from Chris & Fred, our thoughts are with you and your family .
Comment Share
Share via:
M

Thank you so much.
JL

Posted Jun 15, 2021 at 08:15pm
I had the great pleasure of working with Limey. He was one of the Journeyman who taught me my trade. He had a fun sense of humor and was quick with a laugh. He treated everyone with great respect and was good at his trade. I’m sure he will be missed by his friends and family. God bless them. RIP Limey
Comment Share
Share via:
JH

Thank you for ur wonderful words about dad. He liked you to. I loved rolling up on him in the Lunch Truck lol. Smile on his face . Always a smile. I'm sure gonna miss that smile
DG

Posted Jun 15, 2021 at 12:59pm
Our thoughts and prayers are with you. I have great memories with Brian. He was a good man He will not ever be forgotten. We love you..

Love you all!!!! Thank you for planting a tree in his name. That's awesome!!! You guys r awesome!!
NF 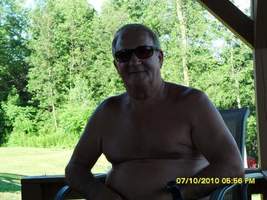 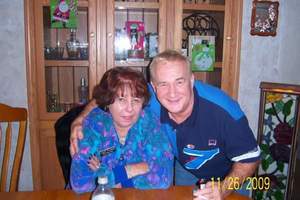