To share your memory on the wall of Robert Smith, sign in using one of the following options:

Robert was born on November 4, 1941 in Canton, the son of the late Clifton and Lill... Read More
MADRID - Robert C. Smith, 79, of Elliott Road, passed away unexpectedly on June 17, 2021 at University of Vermont Medical Center in Burlington, Vermont.

Robert was born on November 4, 1941 in Canton, the son of the late Clifton and Lillian (Munson) Smith. He graduated from Parishville-Hopkinton High School in 1961. He first married Betty Curry, they were blessed with four children before their marriage ended in divorce. He later married Wanda Dumont, she predeceased him in 2005.

Bob was a farmer and enjoyed raising horses for many years. He and his horses were awarded many times at the local field days and fairs. He also worked at Aillio’s Cheese Plant for many years, until going to the St. Lawrence County Highway Department as a heavy machine operator, retiring in 2002. Bob often enjoyed visiting the AMVETS, fishing, boating, and riding his side-by-side. When he wasn’t spending time at his camp, he loved helping his neighbors whenever they needed him. He was a member of the Potsdam Elks Lodge and the St. Lawrence County Power and Equipment Museum.

He is predeceased by a brother, Malcolm “Mickey” Smith and his sister, Barbara Webster.

Friends may call Tuesday from 2-4:00 pm and 7-9:00 pm at Donaldson-Seymour Funeral Home, Potsdam where funeral services will be held Wednesday at 11:00 am. Burial will take place in Calvary Cemetery, Norwood.

In lieu of flowers, the family has requested contributions be made to the St. Lawrence County Power and Equipment Museum, 1755 State Highway 345, Madrid, New York 13660.
Read Less

To send flowers to the family or plant a tree in memory of Robert C. Smith, please visit our Heartfelt Sympathies Store.

We encourage you to share your most beloved memories of Robert here, so that the family and other loved ones can always see it. You can upload cherished photographs, or share your favorite stories, and can even comment on those shared by others. 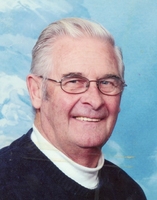