To share your memory on the wall of Evalyn Duncan, sign in using one of the following options:

Born November 1, 1924 in Cambridge, NY, she was the daughter of Walter O. and Florence M. Chapin.

Born November 1, 1924 in Cambridge, NY, she was the daughter of Walter O. and Florence M. Chapin.

She was a 1946 graduate of Cornell University, majoring in Home Economics.

Surviving are her four sons: Charles, Jr. and his wife Ladis, of Cortland, NY; Donald, of Potsdam, NY; Rory and his wife Joanna, of Montgomery Village, MD; Laurie and his wife Cindi, of Voorheesville, NY; and two daughters: Ann Duncan, of Schenectady, NY, and Robin Duncan, of Potsdam, NY. Also surviving are six grandchildren and eight great-grandchildren; one brother: W. Rea Chapin, of Vermont; and several nieces, nephews, and cousins. She was predeceased by her husband of 71 years and three brothers.

She assisted her husband in his veterinary practice from 1948 to 1970. She was a longtime member of the Potsdam United Methodist Church. For many years, she was Co-Chairman for Red Cross Blood Drives. For 8 years she was a member of the Potsdam Public Library Board and served at the library as a volunteer for 25 years.

She enjoyed weeding the gardens, sewing, reading, and rehabilitating their 1840s farmhouse, but her main interests were her husband and family.

The memorial service will be held August 14, 2021 at Donaldson-Seymour Funeral Home, Potsdam, NY.

In lieu of flowers, those wishing may make donations in her memory to the Potsdam United Methodist Church; the Potsdam Public Library; the Hospice and Palliative Care of St. Lawrence Valley, Potsdam; or the Potsdam Volunteer Rescue Squad.
Read Less

To send flowers to the family or plant a tree in memory of Evalyn C. Duncan, please visit our Heartfelt Sympathies Store.

We encourage you to share your most beloved memories of Evalyn here, so that the family and other loved ones can always see it. You can upload cherished photographs, or share your favorite stories, and can even comment on those shared by others. 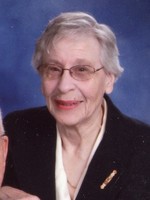