To share your memory on the wall of Linda VanAtter, sign in using one of the following options:

Linda raised her children until she started at Ponderosa Steakhouse in Potsdam, where she worked until her retirement. She loved card games and doing puzzles.

She is survived by her sons, Carl VanAtter, Jr. and Allen (Tracy) VanAtter, and her daughter, Bonnie (Douglas) Weaver, all of Potsdam; her grandchildren, Allen, Airiana, Brian, and Douglas; her sisters, Diane Richards of South Carolina; Evie (Gary) Saumier of Brasher; Ruth (Richard) Farrell of Hannibal; Beverly (Bob) Riehle of Winthrop, and Bonnie Monroe of Norfolk; her brother, Terry Frary of Norfolk; and many nieces and nephews.

In addition to her parents and husband, she was predeceased by her brothers, William, Danny, and Richard Frary.

Friends may call Monday 12-2:00 PM at the Donaldson-Seymour Funeral Home, Potsdam, where funeral services will be held at 2:00 PM. Burial will follow in West Stockholm Cemetery.
Read Less

To send flowers to the family or plant a tree in memory of Linda G. VanAtter (Frary), please visit our Heartfelt Sympathies Store.

We encourage you to share your most beloved memories of Linda here, so that the family and other loved ones can always see it. You can upload cherished photographs, or share your favorite stories, and can even comment on those shared by others.

Posted Jul 19, 2021 at 09:56pm
So sorry to hear about Linda’s passing. I have great memories of working with Linda at Ponderosa as a teen. Thinking of you all Bonnie and family!
Comment Share
Share via:
BB 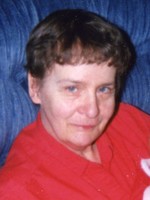