Obituary for Bruce A. Larabee 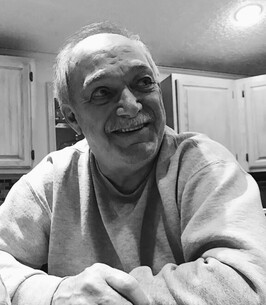 MASSENA – Bruce A. Larabee, 83, of County Route 42A, peacefully passed away Friday afternoon, April 15, 2022 at the home of his daughter and son-in-law, Margie and Jim Casella.

Bruce was born on March 30, 1939 in Springfield, Massachusetts, the son of the late Raymond Harvey and Ophelia (Casinghino) Larabee. He attended schools in Springfield graduating from Cathedral High School. On September 6, 1957, he entered the United States Air Force, proudly serving his country until his honorable discharge on September 5, 1961. He married Patricia A. Martin on May 11, 1961 in North Syracuse. She predeceased him on February 10, 2017.

Bruce and his late wife, Patricia, owned and operated Massena International Campground for many years, retiring in 2004. He was a member of the Knights of Columbus and had a great love for cooking. He also enjoyed woodworking, camping, and sitting on his porch listening to music and watching the birds.

In addition to his wife and parents, he was predeceased by a daughter, Lynette Larabee in 1968.

Arrangements are under the care and guidance of the Donaldson Funeral Home, Massena where friends may call May 17th from 12:00 PM until the time of service at 2:00 PM. Burial will follow in Massena Center Cemetery.

In lieu of flowers, those wishing may consider memorial contributions to Hospice of St. Lawrence Valley.

Memories may be shared, and condolences may be offered online at www.donaldsonfh.com.