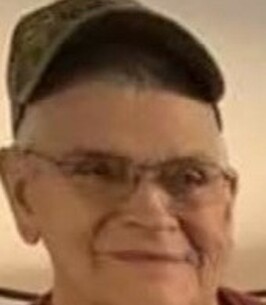 Fred was born June 20, 1942 in Potsdam, NY. He was the eldest son of the late John W. and Pauline Berkman Henderson.

Fred graduated from Potsdam High School in 1960. He served in the U.S. Air Force from 1960 to 1965, also serving in the U.S. Army reserve from 1975 to 1993, retiring in 1993 with 23 years of military service. Fred was a member of the West Potsdam Fire Dept, where he held many offices including the office of Chief in 1983. He was also a member of the Masonic Lodge in Potsdam, NY.

Fred was an avid hunter, trapper, outdoorsman, cabinet and furniture maker. He was a member of the Sylvan Falls Hunting Club, where he served on the board of directors for six years. He was a Boy Scout leader of Troop 43 in West Potsdam, NY. He was an avid collector of Bolens tractors and a member of the St. Lawrence County Power and Equipment Museum.

Fred was employed at SUNY Potsdam from July 12, 1973 to August 2002 as a Journeyman Pipe Fitter. He retired in August 2002 after 29 years. After retirement, Fred enjoyed producing maple syrup and keeping honey bees.

In lieu of flowers, donations can be made to Potsdam Volunteer Rescue Squad.