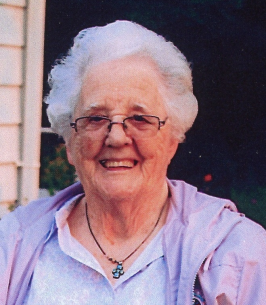 Parishville: Corliss V. Mittelstaedt, 94, of Ashton Road, peacefully passed away on Monday, June 20, 2022 at the Massena Rehabilitation and Nursing Center.

Corliss was born August 20, 1927 in Pierrepont, NY, the daughter of the late Darwin and Maude (Dow) Whitman. She graduated from Potsdam High School and later married John M. Mittelstaedt on July 14, 1950 at the Potsdam Methodist Church. He later predeceased her on February 12, 2012.

While Corliss’s children were young, she stayed home to raise them. She later worked at Canton Potsdam Hospital as an Admissions Clerk.

Corliss enjoyed quilting and braiding rugs which she gifted to many family and friends throughout the years. She also liked to travel around the country, visiting every state twice. Corliss also traveled to England, Ireland, Scotland, Germany and Italy. She volunteered a lot of her time at the Parishville Historical Museum and was a founding member of the Center Riding Club. Corliss was also a member of the Daughters of the American Revolution, Nihanawate Chapter and the Parishville Quilting Club. Some of her favorite things were books, chocolate, Jeopardy!, listening to George Strait and square dancing with her husband.

She is predeceased by a daughter, Terry Miller; a son, Christopher Mittelstaedt; four brothers, William, Parker, Merrill and Malcombe Whitman; three sisters, Mary Stover, Sharon Altman and Bonnie Gonyea.
Memorial contributions in Corliss’s memory may be made to the Parishville Historical Museum or Parishville Rescue Squad.

A graveside service will be held at a later date in Southville Cemetery.